Holly was granted a full scholarship and trained at the famous Urdang Academy in Central London.  It was here that she received a National Diploma in Musical Theatre and Dance Instruction.  Holly has played a variety of acting roles including Kate inThe Royal Duchess Superstore; Nancy in The Dinning Room; Mrs Nickelby in Nicholas Nickelby; Carmen in Sweet Charity.  She also appeared in Broadway Review (Ensemble); Find Me (Ensemble) and Ray of Wonder (soloist dancer and singer).  Other experience includes: the opening of MGM Studios and parades at Disneyland Paris; various Pantomimes at the Orchard Theatre, music video for Last Shadow Puppets – “Standing Next To Me”; Dance Captain for Ruby Dance Troop; Dance Captain for Smallpetitklien Contemporary Company;featured dancer (Pineapple Dance Studios programme) Louis Spence Show Business; Dancerin Glitzy Show Girls (Turkey).  Holly has been in 5 Hackney Empire Pantomimes, she had her London debut withCinderella(2006); went on to do Dick Whittington, understudy/playing Dick Whittington; Dance Captain in Mother Goose; Dance Captain/Assistant Choreographer in Aladdin; Assistant Choreographer/Dance Captain in Jack and the Beanstalk.  She also starred in Vodaphone adverts.  Holly has been teaching dance, drama, singing, choreographing and directing for various companies over the years since she has graduated in 2004.
Hollywood Performing Artsis a life long dream for Holly and she gives her very best to each and everyone of the students on a very personable level. She is very proud of her dance school and even prouder of all her Hollywood Stars.  She is looking forward to what the future will bring for the school and students.

Debi has been acting, dancing and singing since joining the Liz Burville Performing Arts Centre at the age of 8 and professionally trained at London Studio Centre graduating with a BA Honours degree in Musical Theatre.
Debi landed her first Job straight after graduation, starring in the no.1 tour of Lazy Town Live as the part of Trixie. She covered all major theatres in UK and Ireland including Hammersmith Apollo, Hackney Empire, Liverpool Hippodrome and many more. Her love of acting grew when she landed her next job, performing at The Scoop open air theatre at London Bridge in Toad Of Toad Hall and Don Juan.
Debi then starred in a number of television commercials such as Samsung, Coca Cola, McDonalds, Skype and Now magazine.
Debi combines her love for performing with the drama of raising a family! She now has 2 gorgeous children and is thrilled to be teaching Drama to all the Hollywood stars, and to be working with her oldest and dearest friend Holly after so many years of learning and performing together.
All of this has helped Debi to develop a wide range of experience which she looks forward to passing on to all Hollywood Performing Arts Students and she hopes that they learn to love acting as much as she does!

Jamie is a soulful vocalist, an accomplished multi instrumentalist and talented composer who performs at venues around the UK and Europe. Jamie is also an enthusiastic, engaging music teacher in two high achieving schools and Head of Singing at "Hollywood Performing Arts". He plays the guitar, bass, percussion, piano and is currently signed to Buffalo Beats as a recording artist. Jamie's vocals are featured in the up and coming international release of the single "Under pressure". Jamie's band "The Line Up", in which he is the Lead Singer and plays guitar, are booked for many gigs throughout UK. He performed many times at the London 2012 Olympics, the Paralympics closing Ceremony and Olympic "Games Makers" party. More recently he was contracted to compose a track for Hewlett Packards' International product launch in Paris, along side Gwen Stefanie and supported Sam Bailey in her UK Tour.

Jamie’s professional experiences allow him to teach the students a wide range of styles and sounds, and he cannot wait to pass all this on to the Hollywood Performing Artsstudents.

Claire started her training at The Liz Burville Dance Centre aged 10 and secured lead roles in numerous of their large productions. It was here Claire realized she wanted to peruse her performing career and went on to study at Reynolds Performing Arts Academy. Here Claire gained lots of Performing experience and gained her NVQ level 2 in Performing Arts. With singing being her main focus and talent, Claire left Reynolds and went on to work in Cyprus for 2 years, singing in some of the countries largest hotels week in week out with sellout audiences. Claire returned from Cyprus in 2004 and carried on singing in different venues around Kent until she started a family. Claire has recently completed her Level 3 Award in Teaching and Learning and is looking forward to working with the fabulous Hollywood students. Claire is passionate about Musical Theatre and all aspects of singing.

Claire’s professional experiences allow her to teach the students a wide range of styles and sounds, and she cannot wait to pass all this on to the Hollywood Performing Artsstudents

Jodie Beth has been in the theatre industry from a young age. She began her training locally in Essex (at the age of 2!) and went on to full-time education at Sylvia Young Theatre School (Maggie Melville Award for Drama). After A-levels at Arts Educational she then furthered her training at Mountview Academy of Theatre Arts and gained a First Class BA (Hons) in Performance – Musical Theatre.

Jodie Beth recently played Manuella in Phil Wilmott’s new version of Carmen at The Union Theatre. She previously toured the UK as Jodie Prenger’s understudy in Andrew Lloyd Webber’s one-woman show Tell Me On A Sunday.

Jodie Beth has been teaching Early Years, Drama, Musical Theatre, Singing and Dance in and around London for almost 10 years. She is passionate about using her experience to inspire the next generation of performers and is thrilled to be part of the Hollywood Team!

Donna began dancing at two and a half, taking tap, ballet and disco classes at Len Goodman Dance School in Dartford, entering and winning numerous competitions and awards.  She then joined Liz Burville Dance School in Bexley when she was 8 years old and continued to win competitions and awards as well as performing in shows locally and in the West End.  Donna attended Reynolds School of Performing Arts and also danced in an all girl street dance group called Sugarfree.  Whilst in Sugarfree, Donna won numerous awards in Street dance, which included winning the World Championships. In 2009 the group got to the Sem-Final of Britain's Got Talent and the following year went on a national tour with Diversity, performing as 'The Dolls' in a show called 'Diversitoys' that was also broadcast on Sky One.  Donna has also appeared with Beverley Knight, McFly on Britain's Next Top Model and also danced 'Thriller' as a Zombie on Comic Relief.  Donna now teaches Street Dance to a range of age groups. She is thrilled to be part of the Hollywood PA team and loves working along side all the talent that Hollywood PA has to offer. 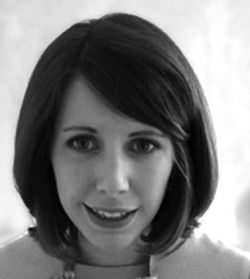 Chloe started dancing at Liz Burville dance school and went on to continue her training at "The Centre Performing Arts College" for three years gaining her ISTD teaching qualifications in Classical Ballet, Modern theatre and Tap.  Upon graduation Chloe was very keen to teach and pass on her training, and has to date gained extensive knowledge and experience in L.I.S.T.D, F.D.I and C.D.E dance syllabus. Chloe has taught all areas of London and the South East, as well as running her own dance school. 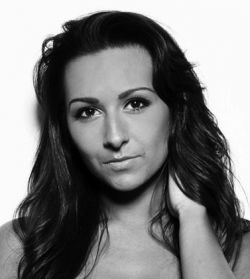 Andrea trained at The Centre Performing Arts and graduated with a Diploma in Theatre Performance, ISTD DDI in Modern Theatre and DDI Tap. Andrea always wanted to fulfil a career of a professional dancer before she decided to teach dance. She has had some great opportunities as a dancer including Pantomime as ensemble dancer, appearing in the music video “Turn Around” and Cheerleading with Crystal Palace’s cheerleaders, The Crystals. She has also had the pleasure of working abroad in some beautiful locations such as Sharm El Sheik, Malta and Ibiza. After her last contract abroad, Andrea started teaching back in the UK and says she hasn’t looked back since! She has a true passion for dance and theatre and loves to be able to share that with her students.

“There is nothing more rewarding than seeing a student achieve!" 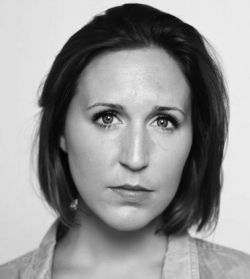 Carla trained at East 15 Acting School, where she was awarded a BA HONS Degree in Acting. She went on to perform in various Theatre productions, both touring and London based shows. Carla, unfortunately, sustained a knee injury early on in her career, limiting her potential and she decided to turn her talent to teaching. She continued her training at Trinity Secondary School (Belvedere) and Canterbury Christchurch University where she obtained QTS (Qualified Teacher Status) she was awarded Outstanding. Following her QTS Carla accepted a position at Northfleet Technology College for boys, where Drama had never been taught before; here she co-created a Drama department: co-writing the drama curriculum, choreographing and co-directing various school productions, and arranging school trips.

Carla took a short break from the world of drama to raise her 2 beautiful children who are both very keen performers. Carla is so happy to be returning to teaching drama, her first love, sharing her experiences with the children at Hollywood PA.